I am not sure how many posts I’ve written about liminality since I began writing this blog, but I know it’s at least a handful.

It’s impossible to not write about it yet again as we have reached a unique time nestled within the season of spring, the time in which trees become a home for both flowers and leaves in the same moment. I took notice this morning while running, and then again while looking at the gorgeous tree outside our library window with another sister later in the day. I thought about how the trees know they must transform those lovely blooms in favor of the leaves that will sustain them in the summer and into the fall—less showy, for sure, but outstanding nonetheless.

I thought about how full of life and color we are in our youth and how things might mask themselves as sameness in our lives as we get older, but the green on those leaves certainly changes throughout the months they live on branches.

I thought about my friend who entered the monastery one week ago, who is definitely lingering in liminal space. I thought about myself, who feels settled at times, but who is still most definitely living liminality in discerning her vocation. (I think about this each Sunday as we pray for those discerning a vocation in our Prayers of the Faithful; although some might think of those people as the women who are considering entering the community, that prayer spans a larger group—in my opinion.)

I thought about my sisters who have lived this life for a decade, or maybe many decades. They must discern to stay and live this life each day; anyone living life authentically must do it each day with whatever path they have chosen.

Liminality is an uncomfortable reality of being human; there is no certainty. And that uncertainty and liminality—they’re constant, though some experiences of them are more pronounced than others. Besides experiencing liminality in nature, I think I might be pondering this because I just finished reading Michelle Obama’s memoir, Becoming. In the epilogue, she writes:

For me, becoming isn’t about arriving somewhere or achieving a certain aim. I see it instead as a forward motion, a means of evolving, a way to reach continuously toward a better self. The journey doesn’t end...It’s all a process, steps along a path. Becoming requires equal parts patience and rigor. Becoming is never giving up on the idea that there’s more growing to be done.

Let us walk in the holy presence. 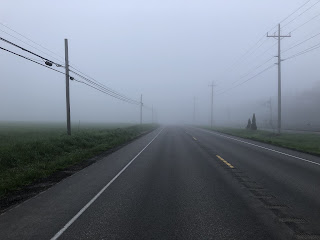 All that fog: unable to see what came next on the morning’s run 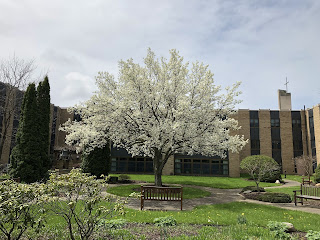 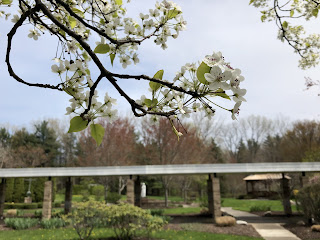 Living in-between: Our lovely tree outside the library 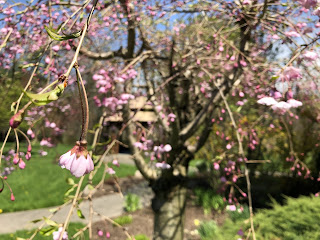 The Patterns of Life

“How often in this busy, complicated, overcrowded, difficult world do I make the time to sit and listen to its changing rhythms?” Of course ... 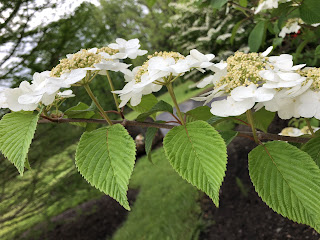 Val
I am a scholastic in initial monastic formation with the Benedictine Sisters of Erie.